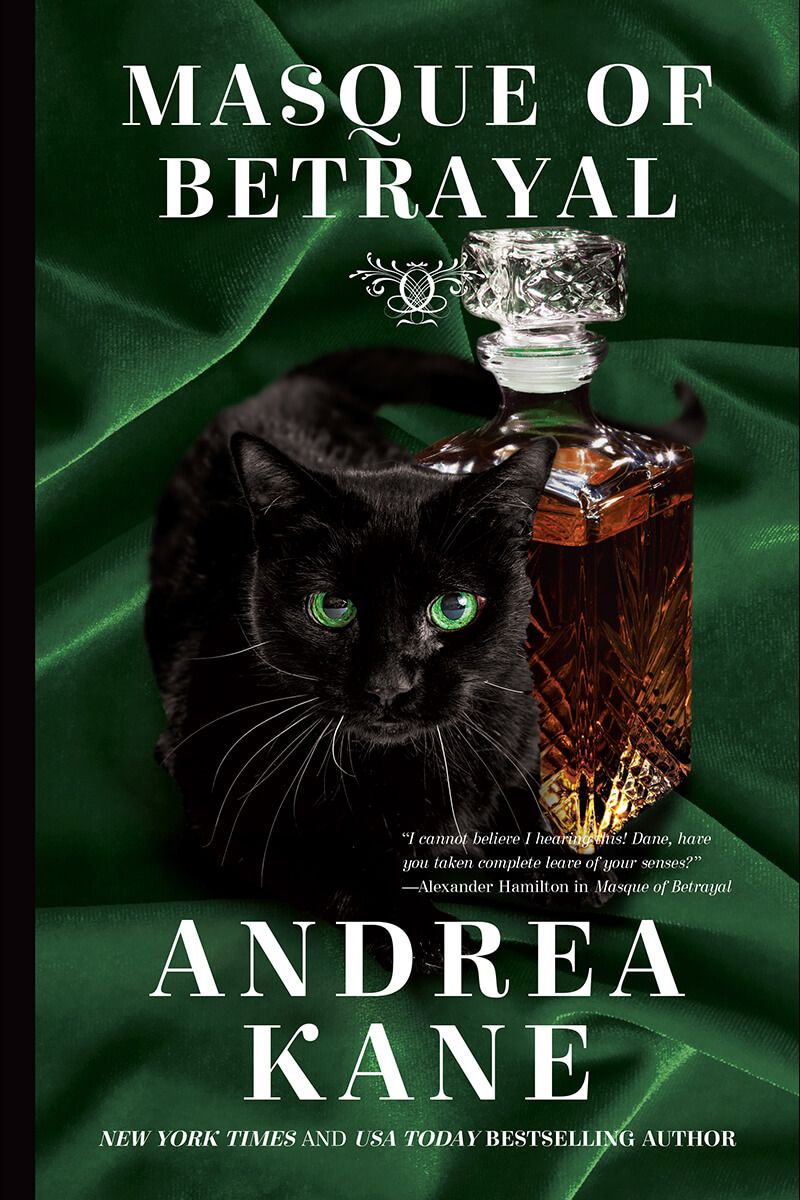 Masque of Betrayal
by Andrea Kane

JACQUELINE HOLT WAS THE CHALLENGE OF A LIFETIME. With midnight-blue eyes that could bring a man to his knees and proud ideals that gave no quarter, she openly defied Philadelphia's glittering society. Determined to fight against Federalist rule, the scandalously independent beauty championed her cause in a manner both dangerous and forbidden, undaunted even by the magnetic stranger who threatened her secret-and her heart.

DANE WESTBROOKE NEVER LEFT A CHALLENGE UNANSWERED. Born an English nobleman, the charming, influential earl abandoned the peerage to become a staunch Federalist and member of Alexander Hamilton's inner circle. His relentless yearning for Jacqueline Holt threatened all reason, but he vowed to have her-despite evidence branding her a traitor to their fledgling country. Torn between honor and betrayal, loyalty and desire, they would dare to forge their own destiny, divided by intrigue-and consumed by love.

Dane's fingers tightened on Jacqui's, drawing her against him... so close she could feel his breath on her lips.

"I've wanted to know the taste of your mouth from the first moment I saw you," he murmured huskily.

"It's what you want as well, Jacqueline."

He slid his hand beneath her heavy silken mane, lightly stroking her nape. Jacqui made a soft sound of pleasure and protest, unconsciously leaning into his touch.

"Tell me," Dane commanded. "I want to hear you say the words." His grip tightened. "This has to be both of us. Tell me this is where you want to be. In my arms. Against my body. With my mouth on yours. Jacqueline," he breathed, running his hands across her shoulders, his thumbs skimming her throat where her pulse beat frantically, "Tell me to kiss you. Tell me...and I will."