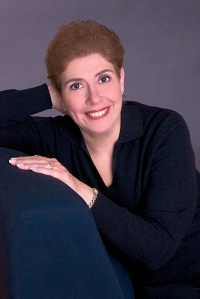 Andrea Kane is the New York Times and USA Today bestselling author of thirty-one novels, including seventeen psychological thrillers and fourteen historical romantic suspense titles. With her signature style, Kane creates unforgettable characters and confronts them with life-threatening danger. As a master of suspense, she weaves them into exciting, carefully-researched stories, pushing them to the edge—and keeping her readers up all night.

She followed with a string of bestselling psychological thrillers including No Way Out, Twisted, and Drawn in Blood.

Her latest in the highly successful Forensic Instincts series, At Any Cost, showcases the dynamic, eclectic team of maverick investigators as they square off against a criminal organization with a serial killer as a hit man. The first showcase of Forensic Instincts' talents came with the New York Times bestseller, The Girl Who Disappeared Twice, followed by The Line Between Here and Gone, The Stranger You Know, The Silence that Speaks, The Murder That Never Was, A Face to Die For, Dead in a Week, No Stone Unturned, and At Any Cost.

Kane's beloved historical romantic suspense novels include My Heart's Desire, Samantha, Echoes in the Mist, and Wishes in the Wind.

With a worldwide following of passionate readers, her books have been published in more than twenty languages.

Kane lives in New Jersey with her family. She's an avid crossword puzzle solver and a diehard Yankees fan.